Every day, the filmmakers of the Cannes 2020 Official Selection tell us about their passion for the cinema. Because the films of today are born from those of yesterday.

Which classic film has impacted you the most?

The Shawshank Redemption by Frank Darabont. A film that I adored alone, just keeping to myself, in a very intimate way, before realizing it was number one on the "Top IMDB" list. And thus, I understood that something could be both intimate and perfectly universal.

Which director did you learn from the most, watching his or her films?

Generally speaking, all of New Hollywood. And more specifically, Martin Scorsese, whose cinephilia allowed me to considerably extend mine.

Has a particular scene from the history of cinema inspired you?

An actor or actress from the past that you would have liked to have filmed?

The classic movie that you haven't seen and dream of seeing?

Once upon a Time in the West. I've seen the other Leones fifty times each, but I'll save this one for later. 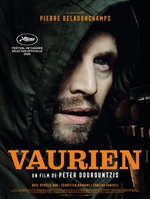 Rascal by Peter Dourountzis (Vaurien, 2020, 1h36)
Djé arrives in Paris penniless, with his charm as his only weapon. He takes every opportunity to work, love, sleep. And kill.
Theatrical release: January 13, 2021
Pathé Bellecour Mon.12 at 6pm
In the presence of Peter Dourountzis and Ophélie Bau