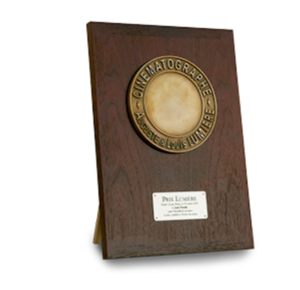 The recipient of the 2022 Lumière Award is Tim Burton

Since 2009, the Lumière Award has recognized a cinema personality for his or her entire body of work and relevant role in the history of cinema. This artist is celebrated in Lyon, the birthplace of the Lumière Cinematograph, on the very site of its invention: Rue du Premier-Film (First Film Street).

Presented every October during the Lumière festival, in the presence of many artists and 3,000 festivalgoers in the grand hall of the Cité Internationale Congress Centre, the Lumière Award is distinguished by the calibre of its laureates and the resulting media impact. Despite its relatively recent existence, the award's international scope and prestigious list of recipients have given rise to aspirations of becoming a “Nobel Prize” in cinema. As quoted in the press: ”it has become one of the world's most highly-regarded awards and is often compared to a Nobel Prize in Cinema.”

Created by Thierry Frémaux, the Lumière Award is a distinction reflecting time, gratitude and admiration in order to express our appreciation to the artists of the cinema who fill our lives. It was in part inspired by the 1992 visit to Lyon by Joseph L. Mankiewicz, who, a few seconds after his arrival, wished to know the exact location where Louis Lumière had placed his camera to film Leaving the Factories. Standing upon the emblematic site, he closed his eyes and exclaimed, “Thank you, Lumière.”

Since then, hundreds of filmmakers have passed through the doors of Rue du Premier-Film, making it a “world-site” and a rediscovery of the memory of the history of cinema.

The recipient of the 2022 Lumière Award is Tim Burton.

The Lumière festival will be held from Saturday the 15th to Sunday the 23th of October in Lyon and its metropolitan area. Organized every year by the Institut Lumière team and supported by the Metropolis of Lyon and the Auvergne Rhône-Alpes Region, as well as by numerous private partners, the Lumière festival has established itself as an essential worldwide event that honours the vitality of international film. In 2021, the event brought together 145,000 people.