The Lumière Film Festival and the Opera of Lyon present

AT THE OPERA OF LYON
SATURDAY, OCTOBER 22 AT 8PM 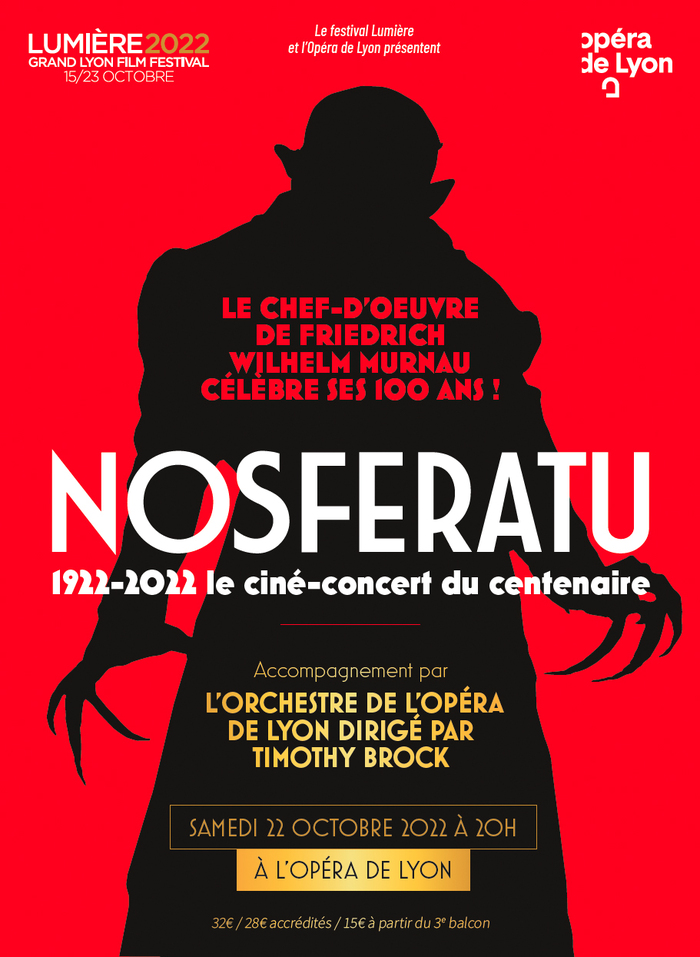 The masterpiece by Friedrich Wilhelm Murnau celebrates its 100th anniversary!

First, on 5 March 1922, in the grand theatre of the Ufa-Palast am Zoo in Berlin, then on 27 October 1922, at the Ciné-Opéra in Paris, audiences discovered for the first time a monumental masterpiece, which would become one of the premier legends in the history of cinema.

To commemorate the 100 years of this timeless gem, the Lumière Film Festival and Opera of Lyon offer moviegoers a chance to see the film in restored print in the beautiful setting of the Opera house, a first for Lumière.

The silent film concert will be accompanied by the Orchestra, directed by one of the most celebrated conductors in his field, Timothy Brock. 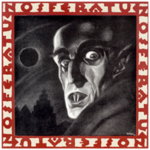 Nosferatu by F. W. Murnau (Nosferatu, eine Symphonie des Grauens)
On his way to meet a mysterious count, a real estate agent is received by Nosferatu, an "un-dead" being, who heads west to inflict the plague and death… Adapting Bram Stoker's Dracula, Murnau created the blueprint for all vampire films; a sumptuous horrific poem that recaptured the magical romanticism of Germanic culture.